How are glow sticks used today?  How has it changed since they were first invented by the US Navy back in the 1960’s? It is true that they are still being used on military missions when a low light reliable source is necessary, but the civilian population has also become reliant on them in sport and other activities that occur after the sun goes down.

Since the glow stick is self reliant and water proof, many people have found use of them in their outdoor activities instead of using lanterns and flashlights. Campers use them to mark trails and around their camp site as a way of generating a low level of light so they can see while in the woods. Divers also use them just as Navy Seals do for night dives. These waterproof light sources function without batteries 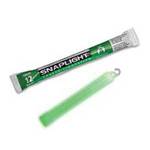 or connections so they are reliable and dependable.

Many owners of cars have also started to place them in their vehicles as an emergency safety device. They are essential when the vehicles breaks down after sunset and you need to be seen on the road. They can serve as warning beckons on the road so other drivers can see and know you are there. They are also useful to help drivers see when their vehicles are incapacitated while on a road trip at night.

One of the more inventive ways glow sticks are being used, are to create an illusion. Some pranksters place one on a helium filled balloon and set it aloft. This can give the impression that there is a UFO present along with making a great conversation starter for groups out after dark. 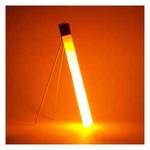 e them as the Frisbee itself. Children also like to play with them in their hands so there dancing can have a new and wonderful effect, and seeing the lining of the bright light.

The use of the glow stick has grown as more people find new and inventive ways of using them. They are safe for all ages and will provide a source of light when there is no power source around to connect too. They can easily be carried and can be stored almost anywhere for long periods of time and still function as they were intended to. They can be used around the home, in your car or on camping and fishing trips at night.