The importance of reflective apparel for cyclists has increased with the growing number of vehicles that now travel the roads during the day and night across the nation. The reason its importance has increase is so it is easier for the motorist to see the cyclist when they are approaching them on the road.

The reflective apparel that is being worn is a counter measure to help attract the attention of the many drivers. This extra step is highly recommended because of all the distractions drivers of today’s vehicles have when they are operating a motor vehicle. The reflective gear responds to a light source by reflecting the light back to its place of origin. This visual indicator is similar to the way a cell phone flashes when an incoming call is present. This sudden and new visual attraction grabs the focus of the driver away from other items they were focused on like driving the car and keeping it on the road. It is only momentary, but it occurs.

It is this momentary attraction that is how a driver will see an object like a cyclist on the road. The easier it is for the driver to comprehend what they see, the better they can react to any given situation. This is where the reflective apparel plays a ke 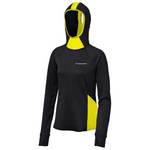 y role for the cyclist. By the cyclist wearing a type of reflective clothing, their silhouette can easily be seen and recognized as a person. Remember a driver only has a second to notice and comprehend what they see before

a determination is made on the distraction. This is since the driver knows they should be concentrating on driving the vehicle and not the world around them.

With reflective apparel being worn by a cyclist on both the top and bottom portions of their body, a human silhouette will be reflected towards the driver. This appearance can easily be understood by them as something they should be aware of and avoiding contact is a high priority. With only a second or two until this recognition of what is on the road is made, the easier it is, the better chances of it being understood by the driver’s receptors in their brains.

In addition to pants and tops or jackets, the cyclist could also be wearing other reflective items such as wrist or ankle bands that have reflective characteristics to them. This will also make it easier for all that see them that there is a cyclist present on the road and respect along with distance to them should be given.

Because a driver only spends a split second on determining the identification of a distant object ahead of them the easier it is for them to know and recognize what they are seeing is paramount to the safety of this type of object or obstruction in their path. For cyclists that share the rode with larger and faster vehicles, the wearing of reflective apparel makes a significant contribution to making this identification as easy as possible.